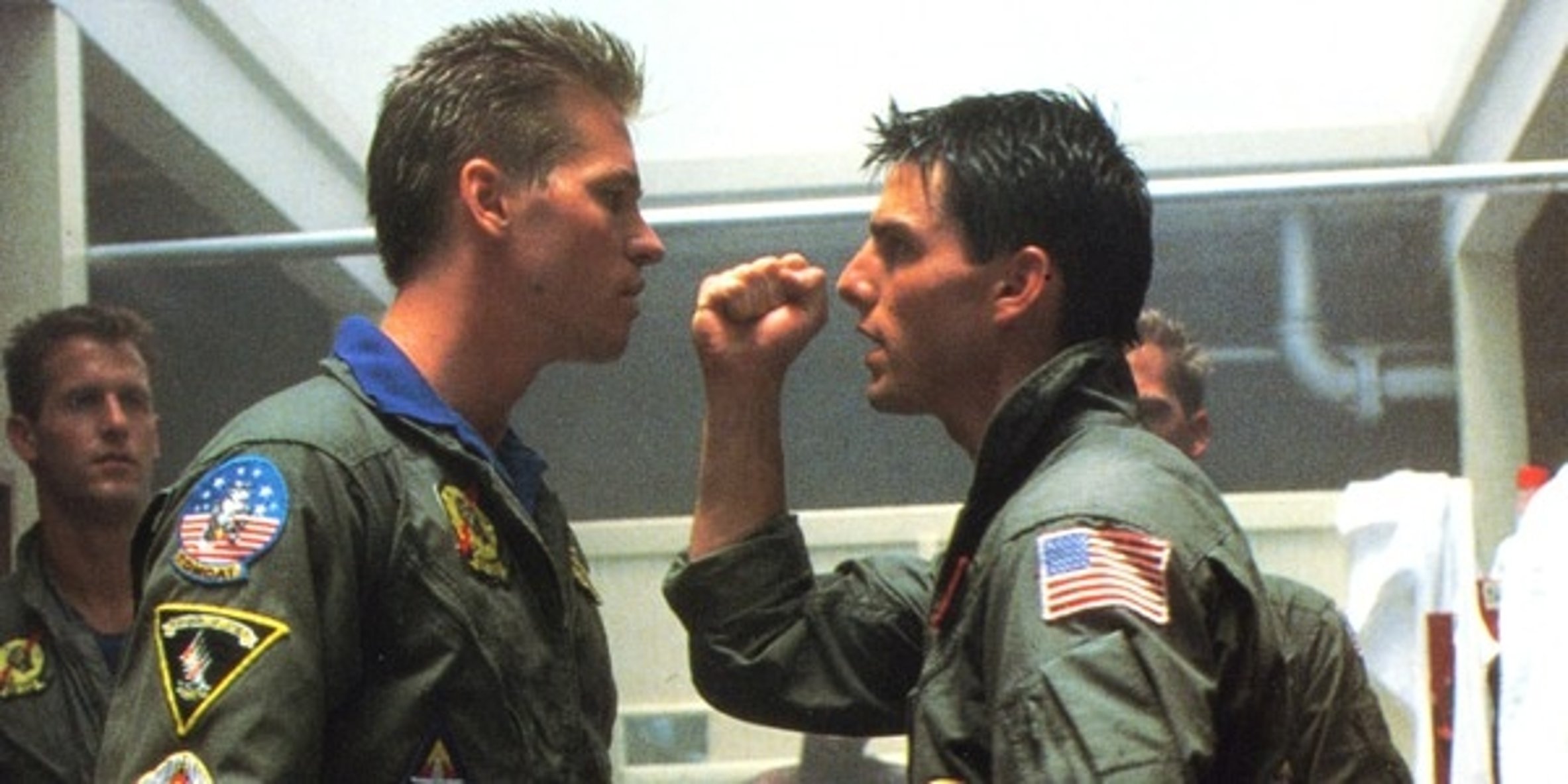 Some cinematic rivalries were destined for immortality, and the one at the core of Top Gun was always going to be one of them. Iceman and Maverick, played by Val Kilmer and Tom Cruise, are a typical pair of pilots who push each other to their limits and encourage their egos to write cheques that their bodies can't cash. Val Kilmer has spoken up about what happened on set and how his relationship with Tom Cruise has evolved over the years.

Kilmer discusses the Top Gun experience in great detail in the Amazon Prime Video documentary Val. The depiction of a fresh young cast engaged in an on-set conflict is recounted with great affection through home movies he filmed during the production, as well as his personal experiences narrated by his son Jack. And part of that stemmed from Val Kilmer's efforts to flesh out Lt. Tom "Iceman" Kazansky, who, according to his account, wasn't well-developed in the original script:

“On the page, there was very little to the character Iceman. So I attempted to make him real. I manifested a backstory for him, where he had a father who ignored him, and as a result, was driven by the need to be perfect in every way. This obsession with perfection is what made him so arrogant. I would purposely play up the rivalry between Tom’s character and mine off-screen as well. And what ended up happening is the actors, in true Method fashion, split into two distinct camps. You’d have Maverick and Goose on one side, and Slider, Hollywood, Wolfman, and me, Iceman, on the other. It was fun to play up the conflict between our characters, but in reality, I’ve always thought of Tom as a friend, and we’ve always supported each other.”